Ashley &  Peter’s Race Street Pier engagement photos in Philadelphia went absolutely perfectly. We started the session at the Merchant Exchange Building, but Ashley wanted to surprise Peter by doing the rest of their session at Race Street Pier. They are such phenomenal people to be around and so fun and lighthearted.

They wanted their photographs at a location that is classical with a deep history. We met up and started shooting at the First National Bank of the United States, which is one of my favorite locations in the city. We then went to the beautiful Merchant Exchange building.

It’s crazy; I always suggest getting a permit because they tried to fine me for shooting there on a Monday last year at 1:30 pm, while it was drizzling. Which is damn crazy! It is always better to be safe than sorry. But whatever we did, the park’s guards would not ask for our permit. I even was photographing Peter next to their ranger SUV and nothing! haha 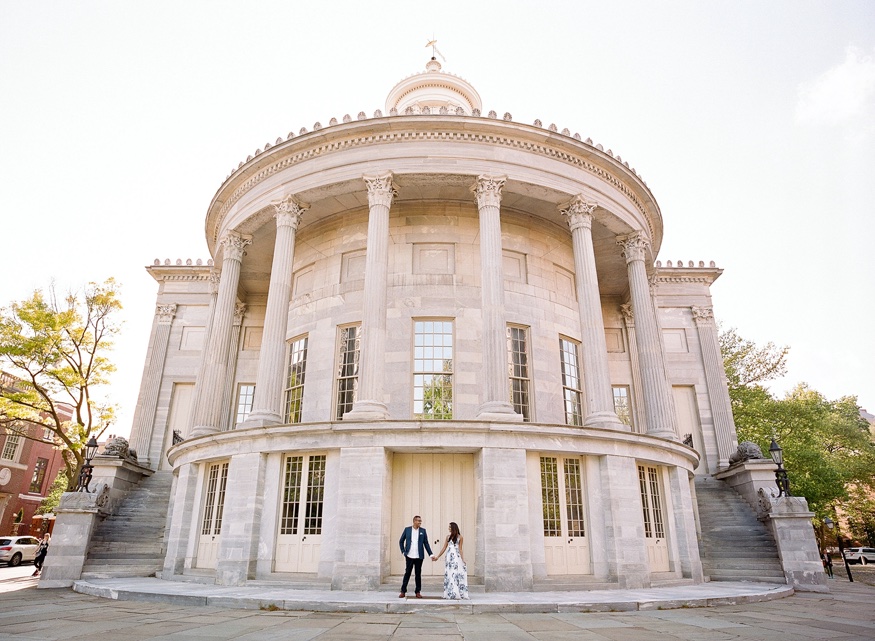 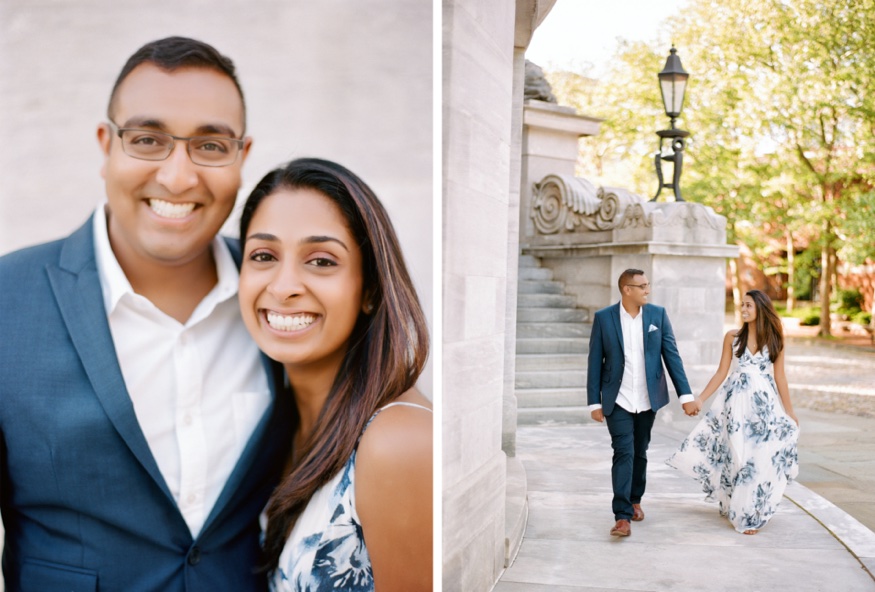 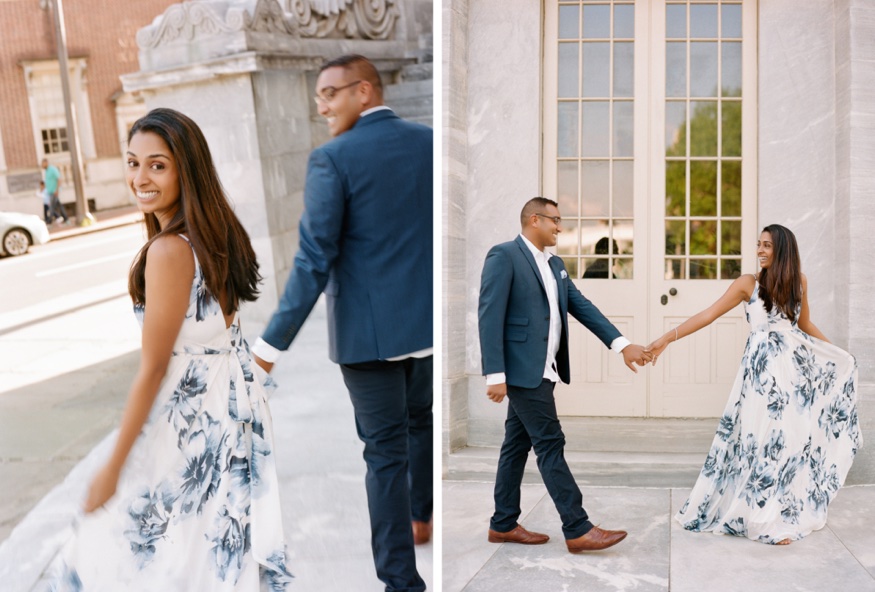 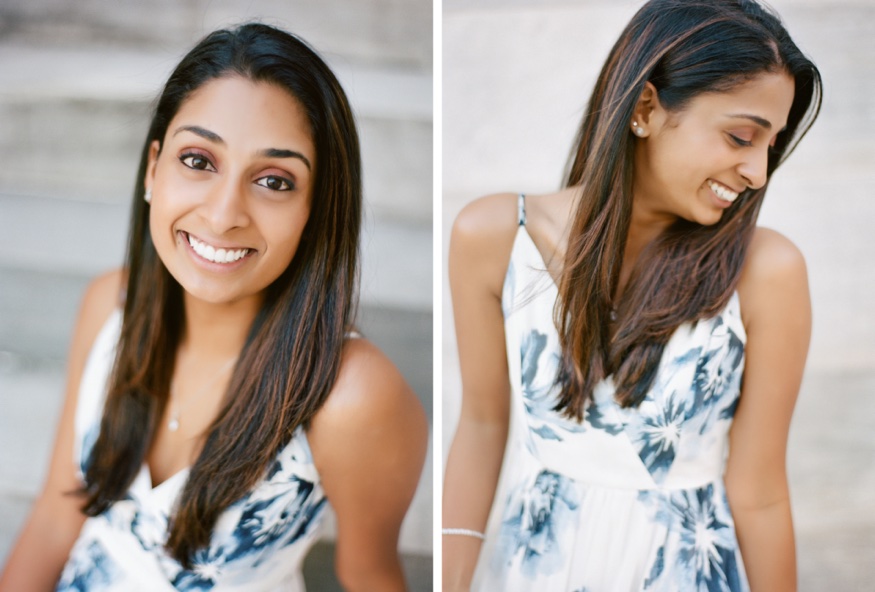 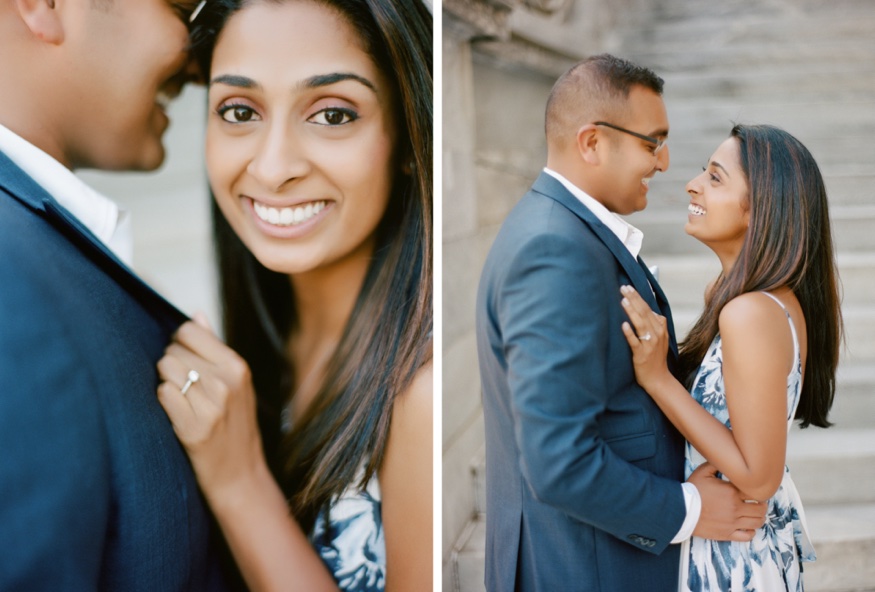 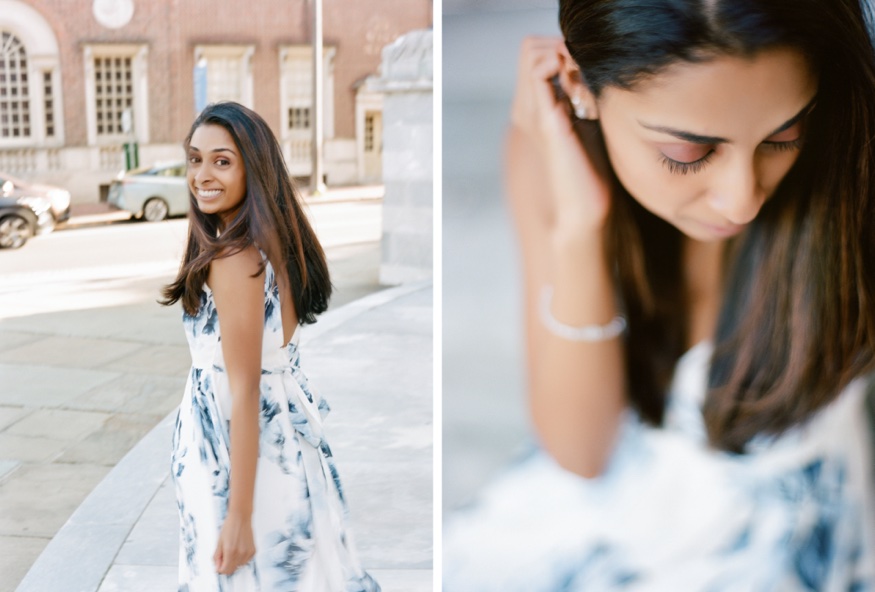 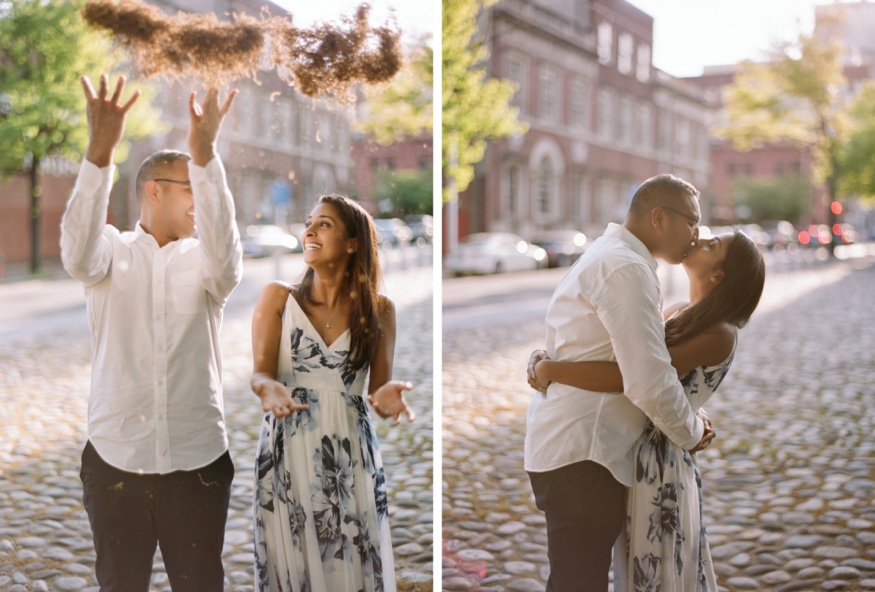 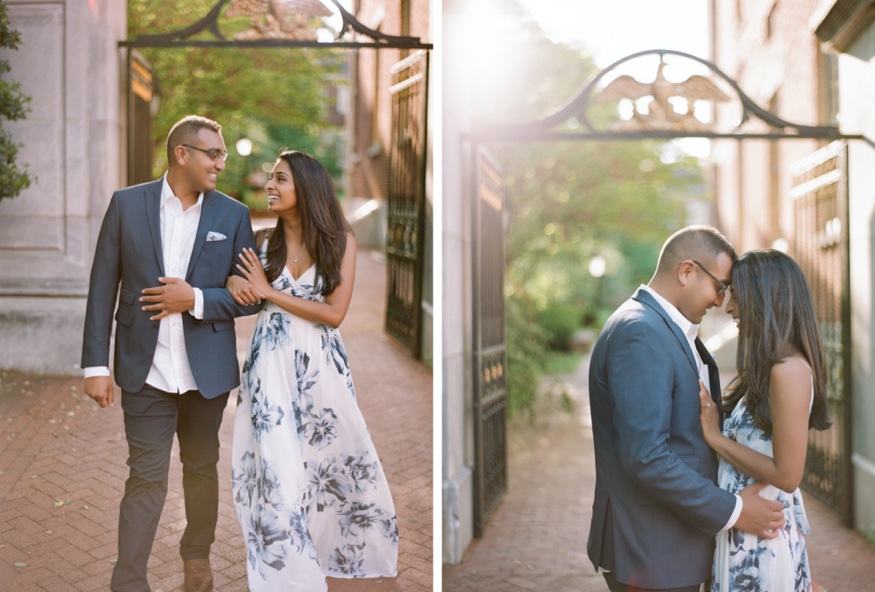 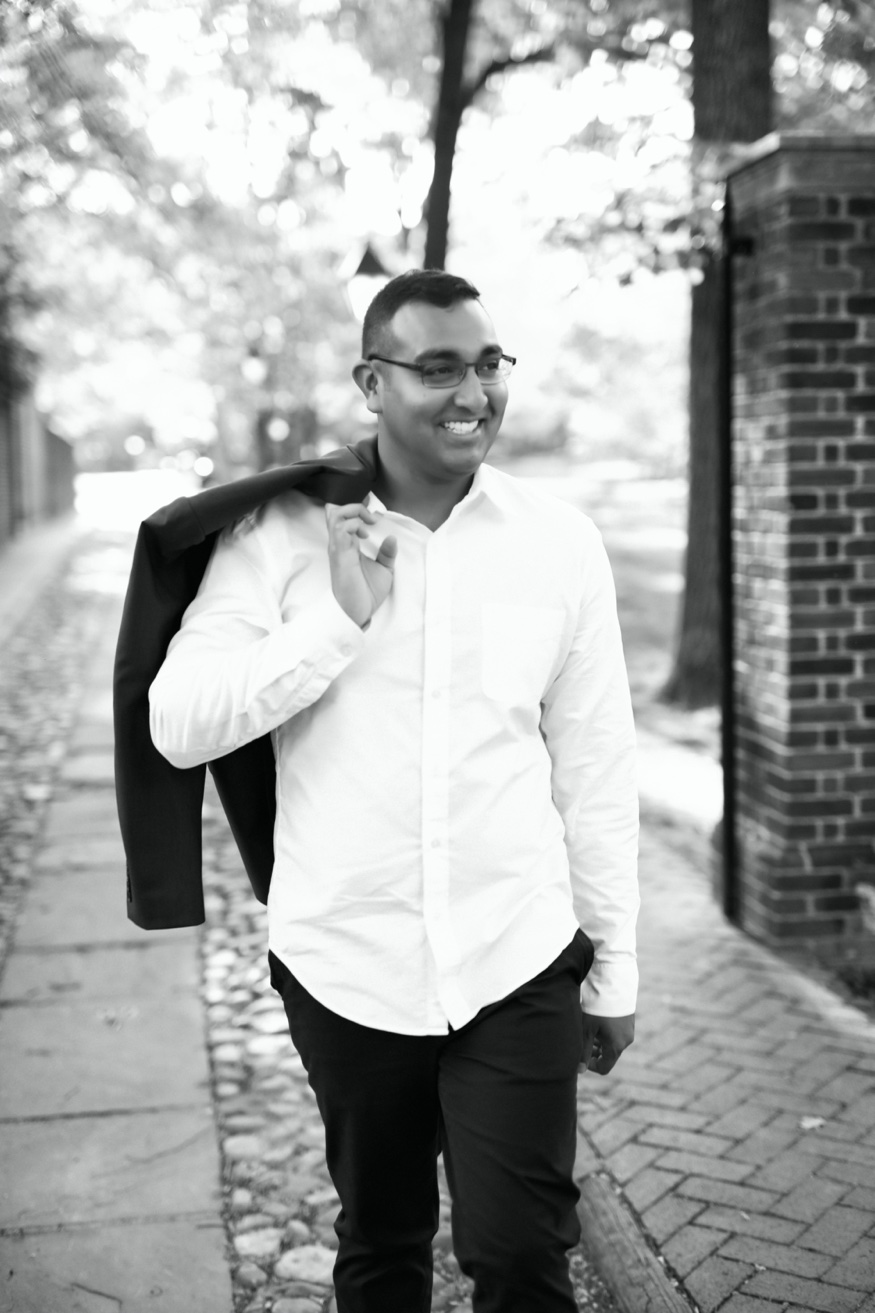 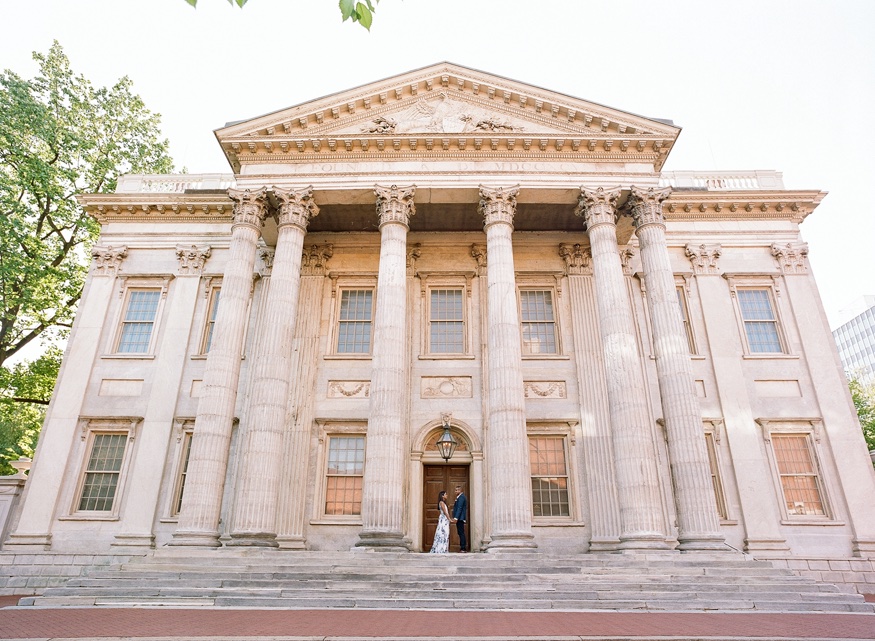 Peter loves the Race Street Pier, so Ashley and I planned to end our session and then secretly meet up again with Peter after they changed and check out the pier before they go to dinner. But I was secretly hiding there with my assistant and surprised Peter. They had the best weather, and besides the weather, a giant yoga crew doing downward dog as their backdrop for some of their photographs! 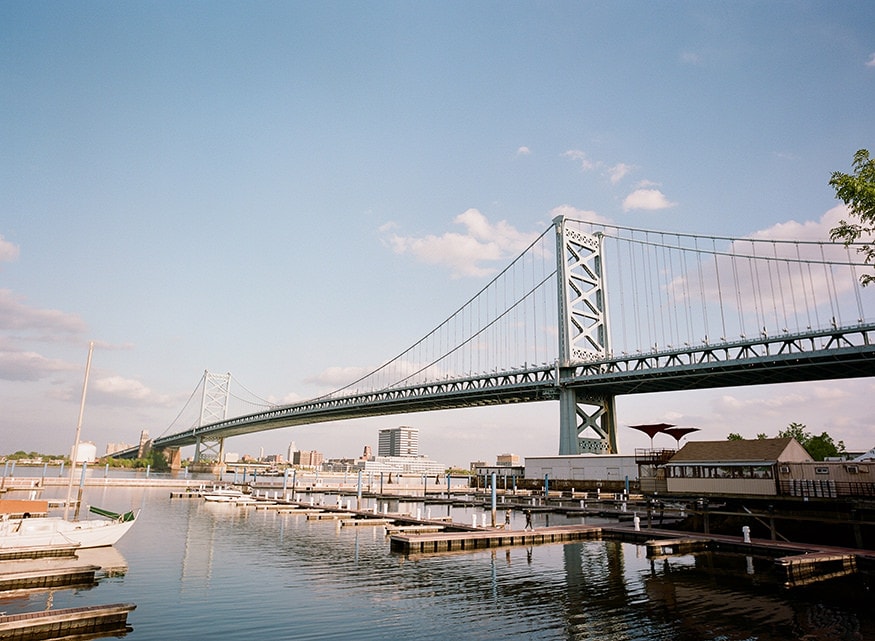 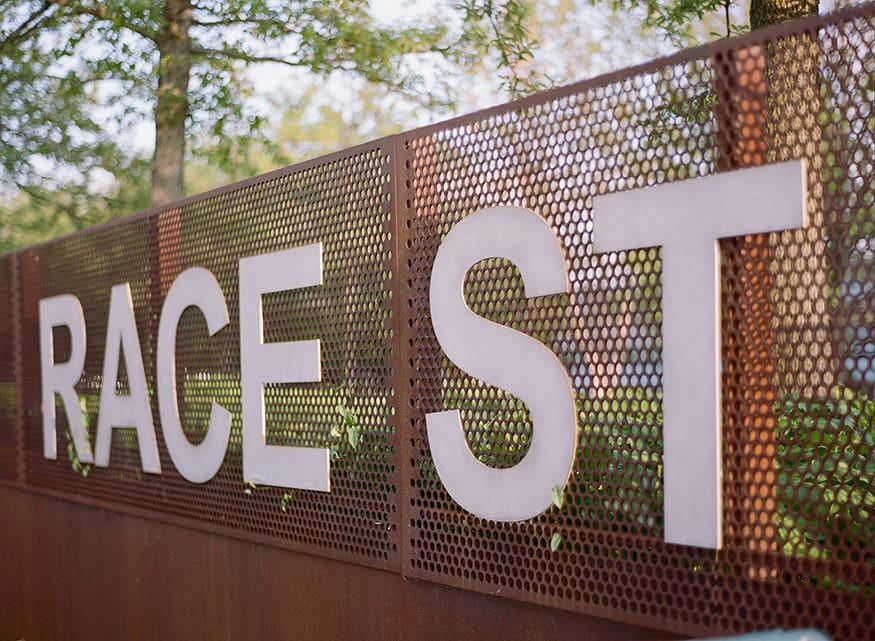 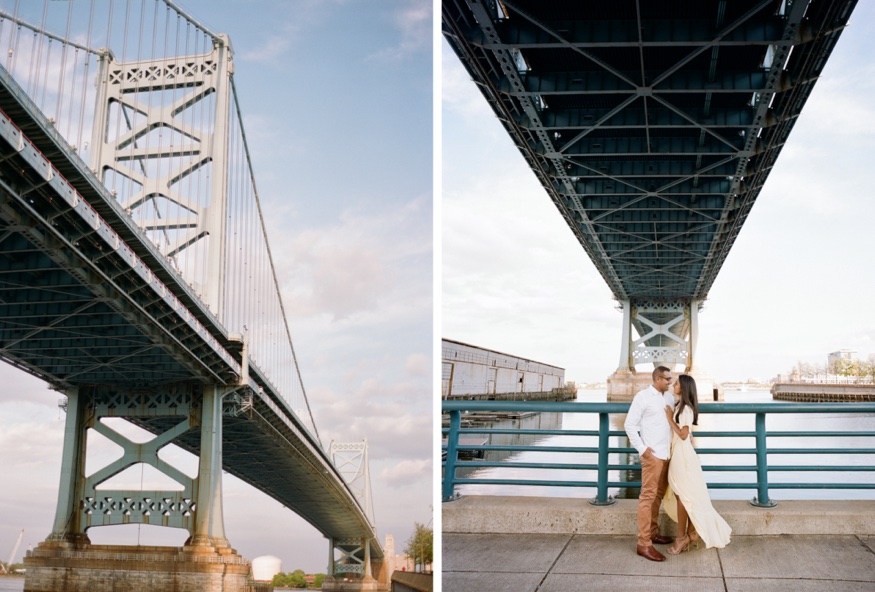 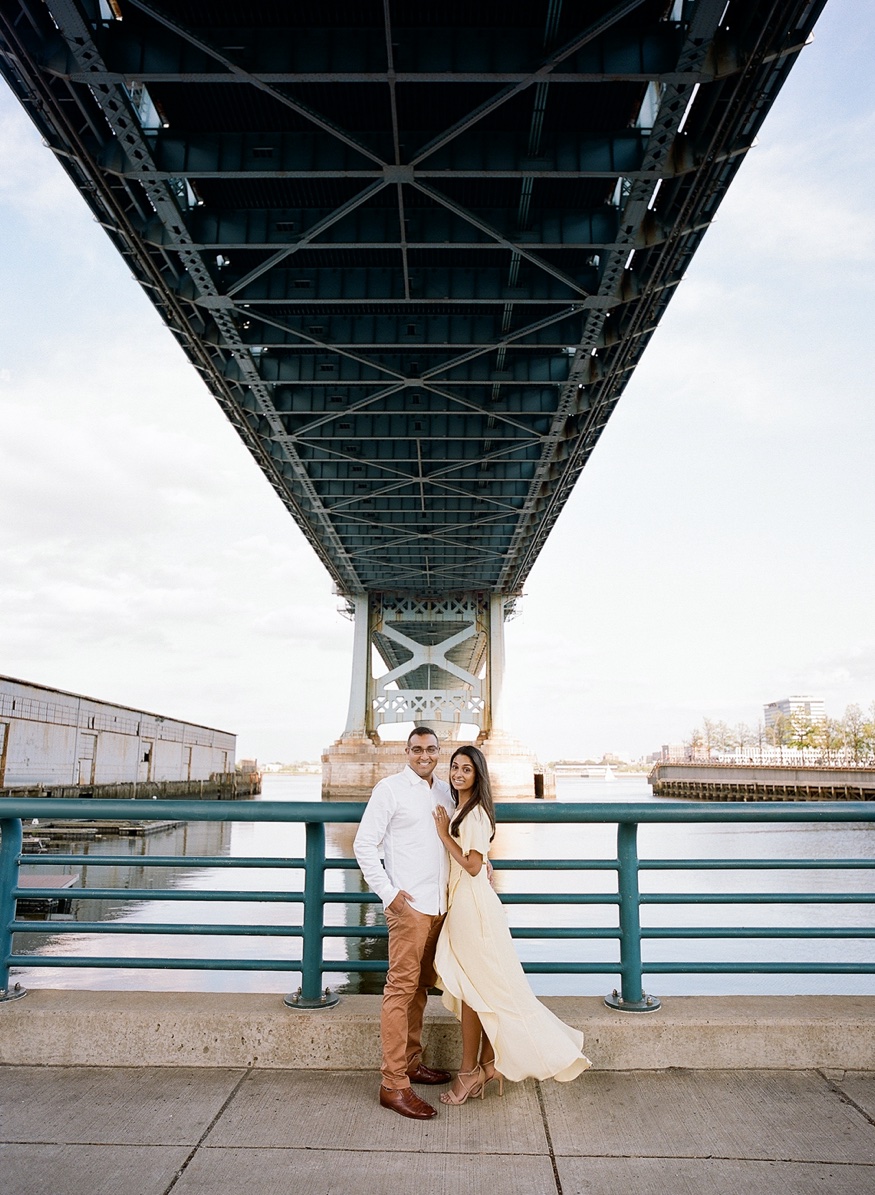 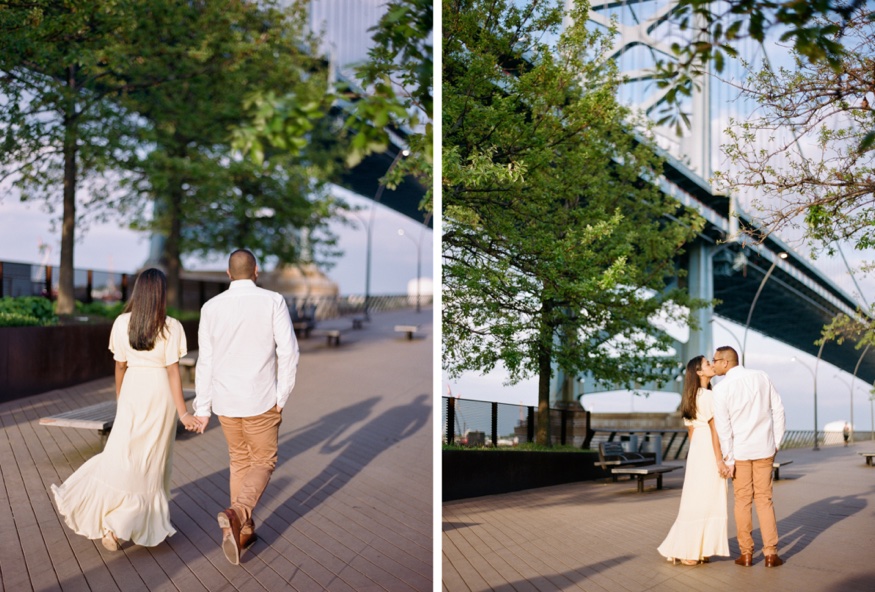 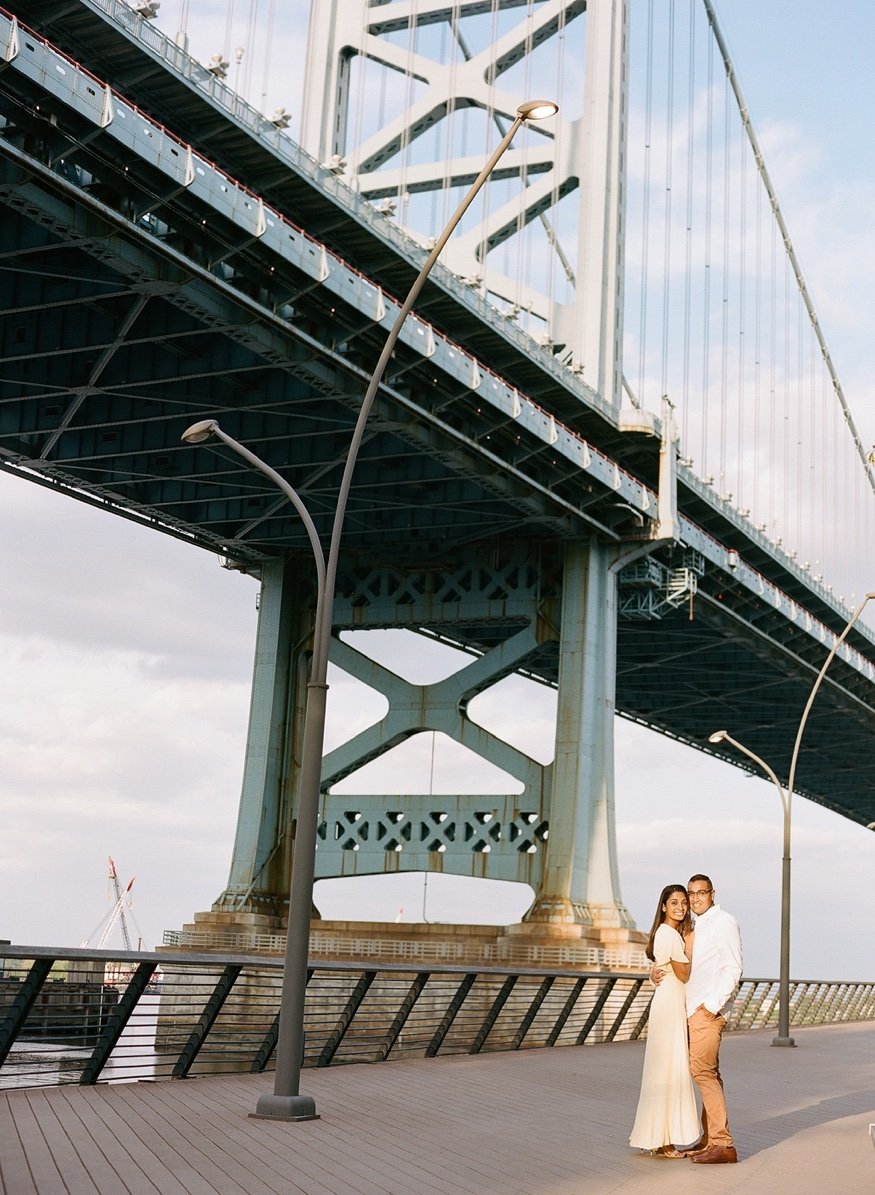 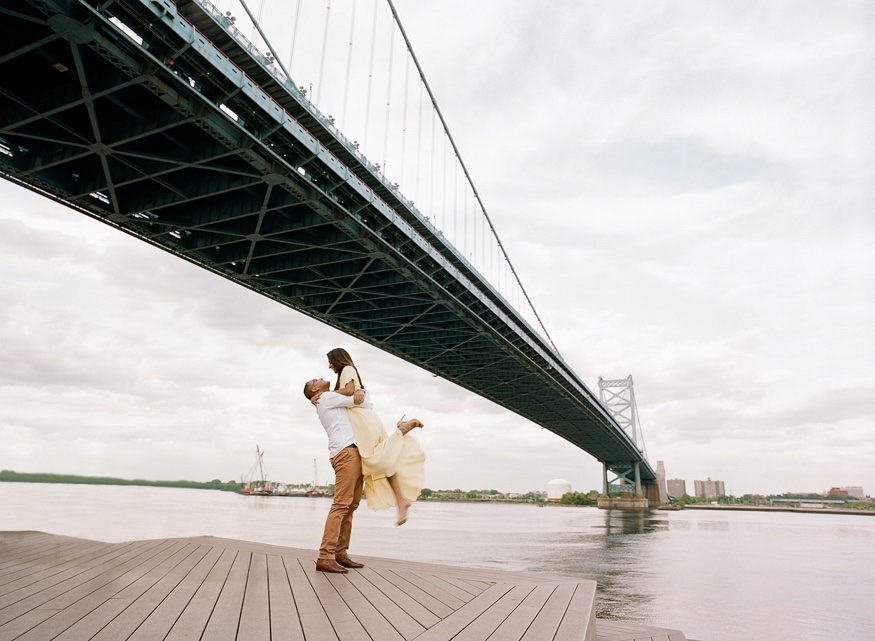 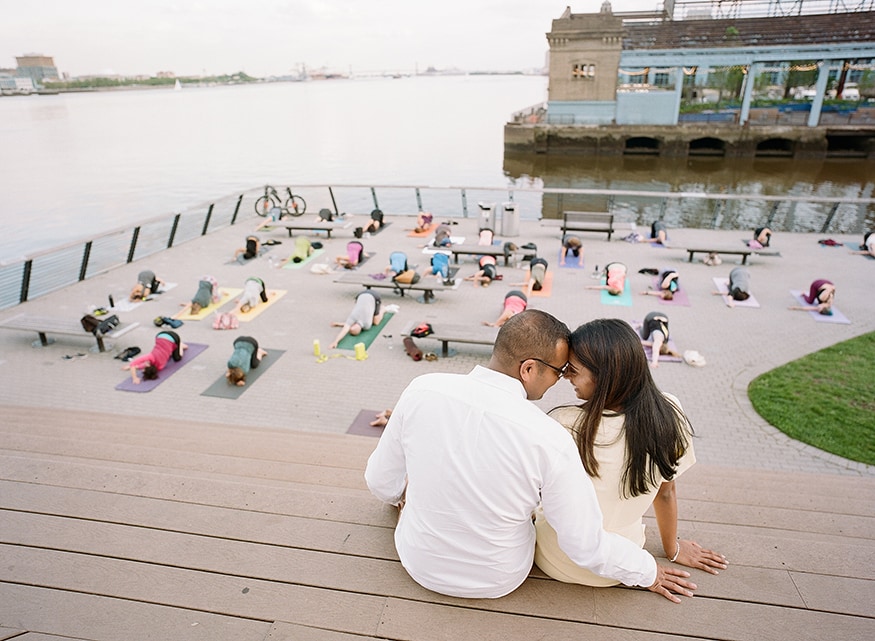 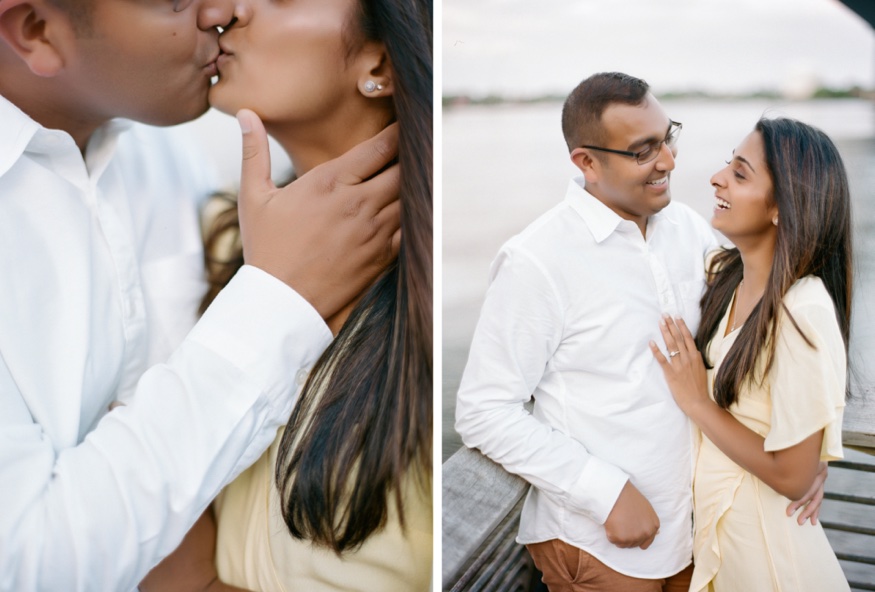 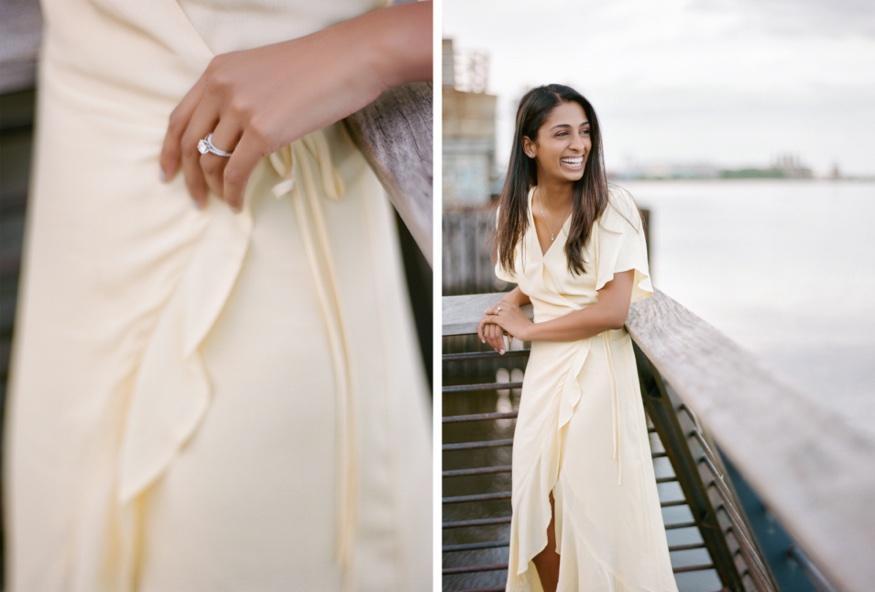 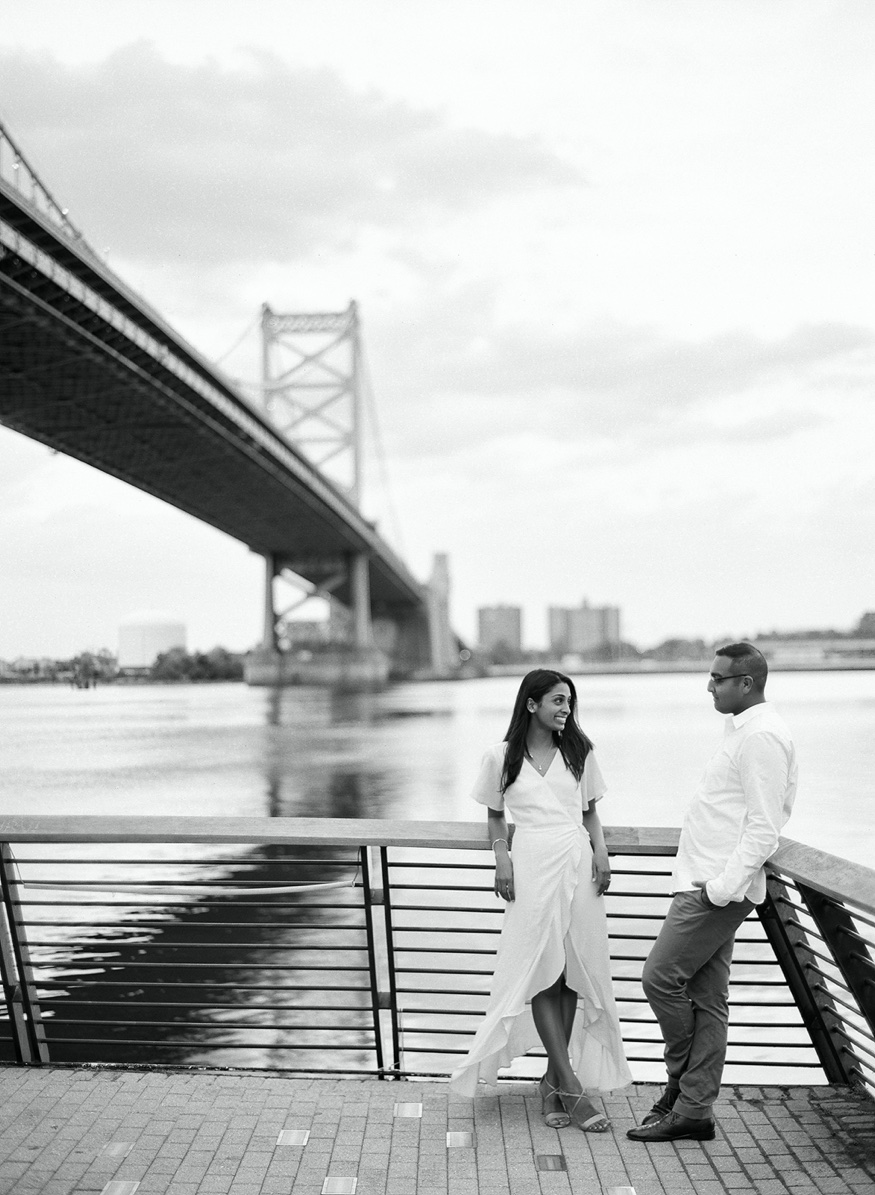 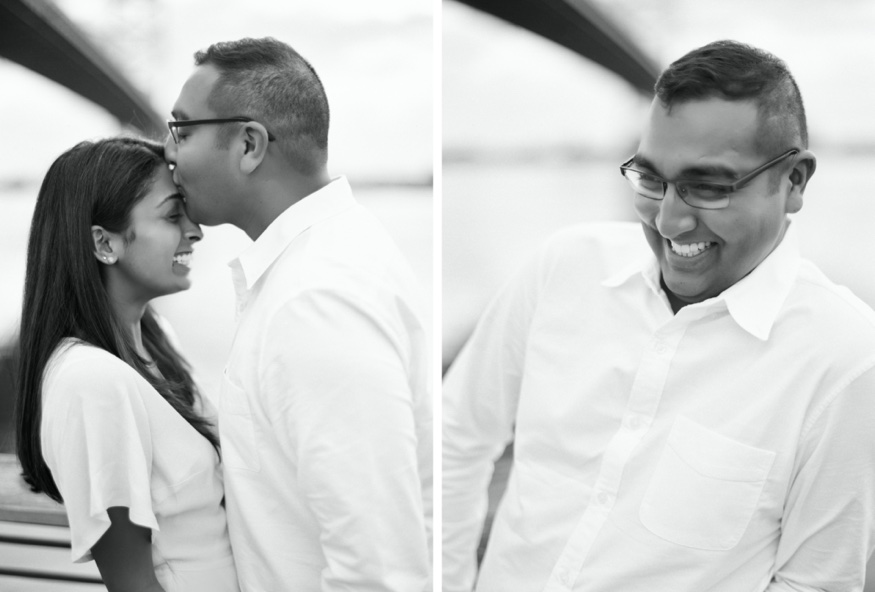 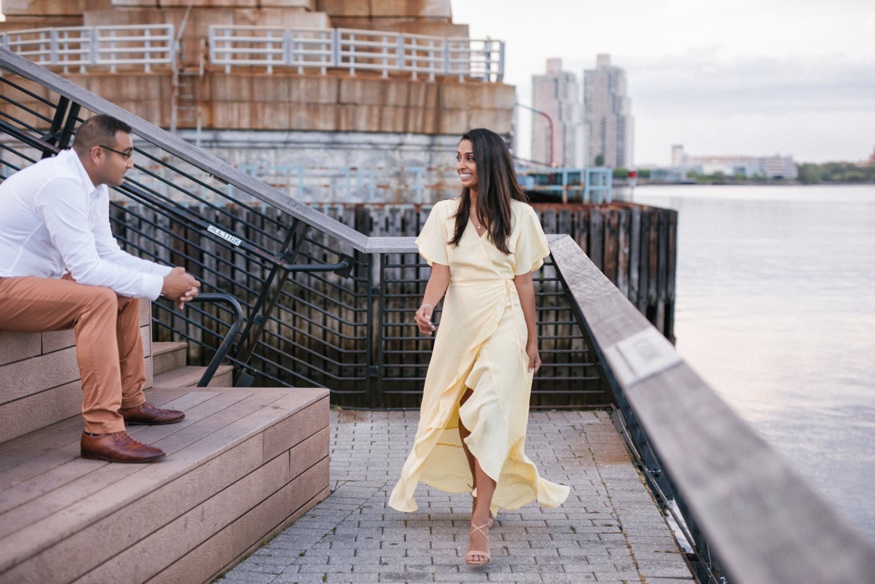 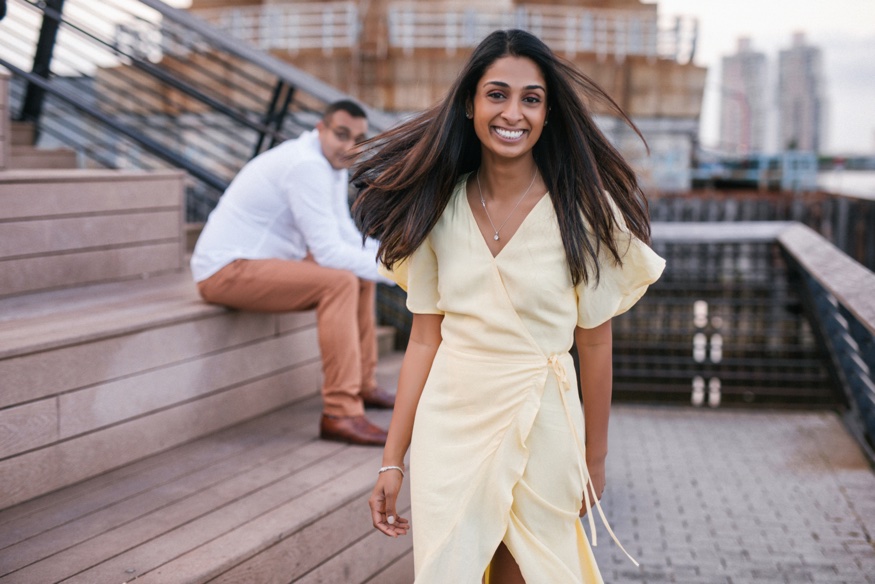 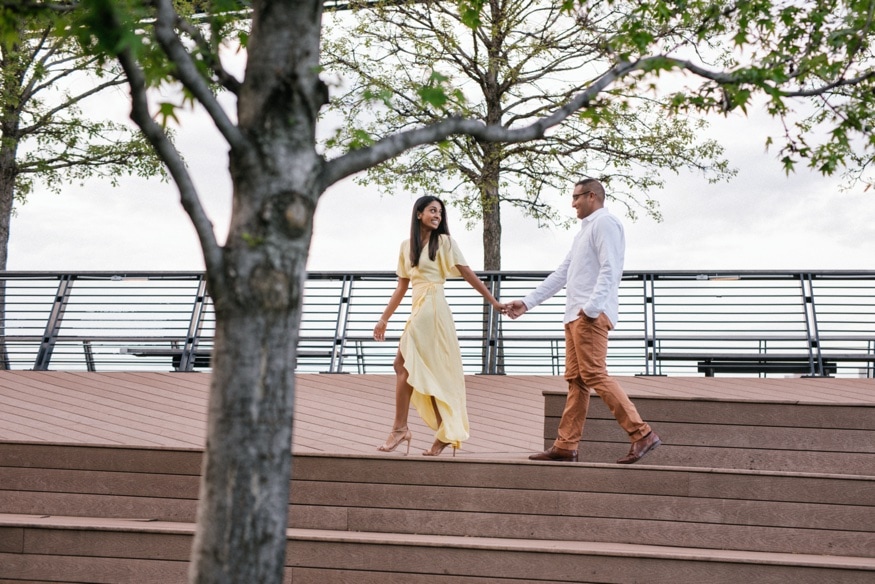 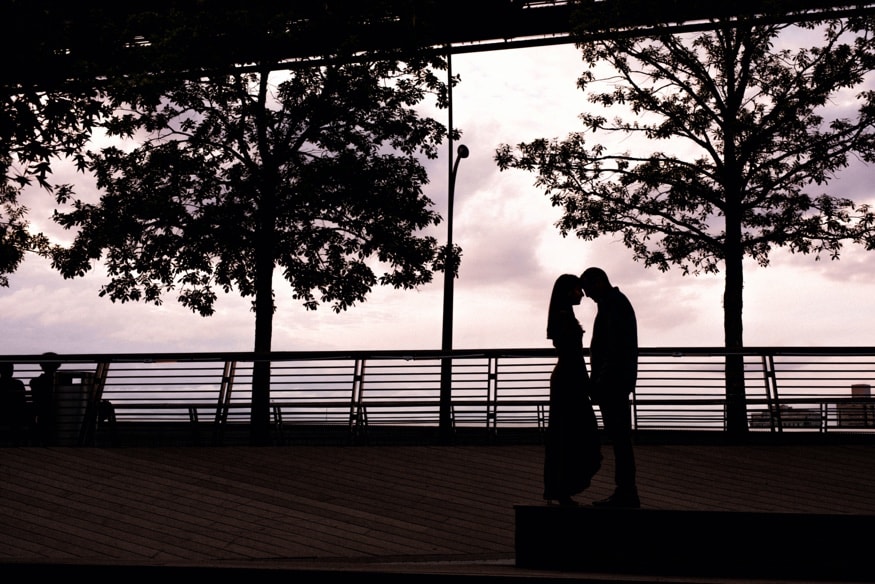 I can’t wait to shoot with Peter &amp; Ashley on the big day in late spring at The Estate at Florentine Gardens in River Vale, NJ. They have a gorgeous album from their engagement/GTKY session and a stunner of a wall art piece taken on black and white film and printed on a canvas stretcher frame.

I even made a studio sample of them from the Merchant Exchange building so that they are always staring down at us while we work in the studio!

Here’s another amazing Old City Engagement session to check out !