Have you ever seen the NYC skyline from Jersey City? Have you ever watched the sun rise behind the Freedom Tower? Have you ever woken up after 2 hours of sleep to drive 90 minutes in the dark for a photo shoot starting at 5 am? Well here is the full story of Elina & Thomas’s New York City sunrise engagement session! 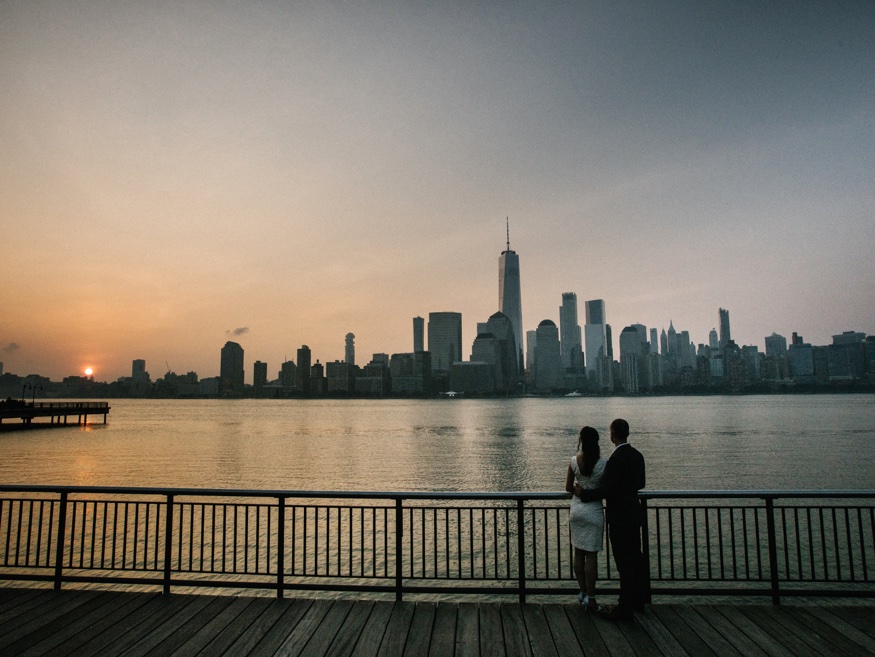 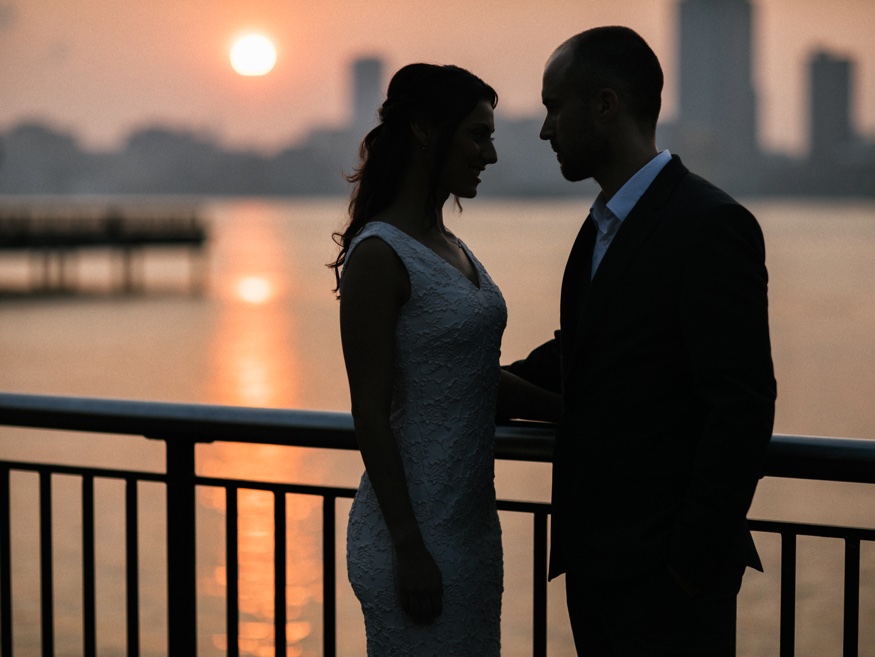 How was this New York City Sunrise Engagement session?

The sun rising over the NYC skyline was magnificent! Light that time of day is very soft and diffused even when it starts coming up through the buildings. The time of day mimics the golden hour (1 hour before sunset). I don’t like to use heavy flash for a more natural look, so this light was my JAM! We captured this in the middle of the summer, and it was crazy humid and hot once the sun came up, but it was more comfortable than it would have been later in the day.

How the heck did they find me?

Elina found me through her sister Simona, who had booked me to photograph her wedding. Elina & Thomas eloped and did not do a real photo shoot, so they wanted to do something unique together. They often spend time down by the river in Jersey City overlooking the NYC skyline. She loved the idea of doing a sunrise session there! 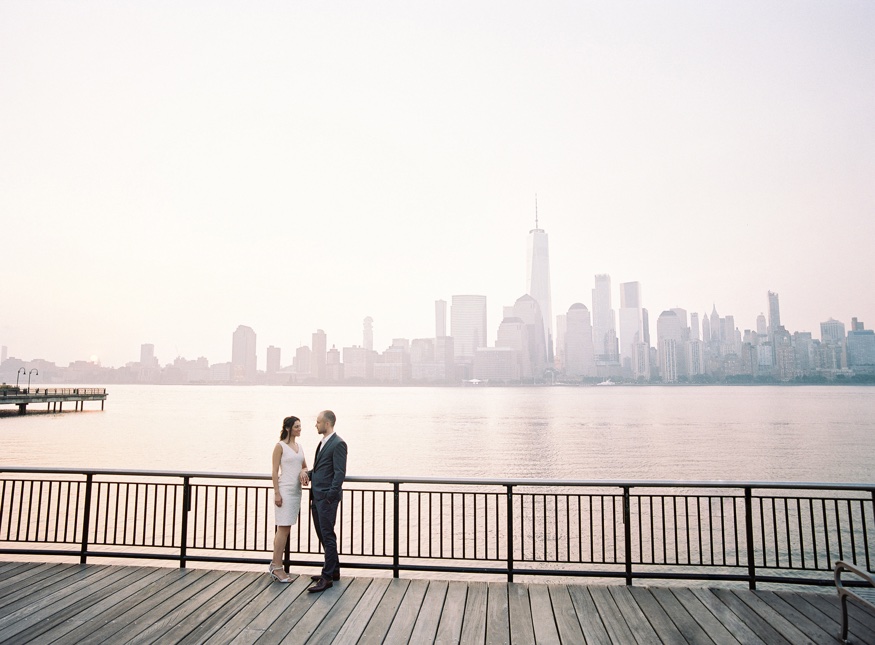 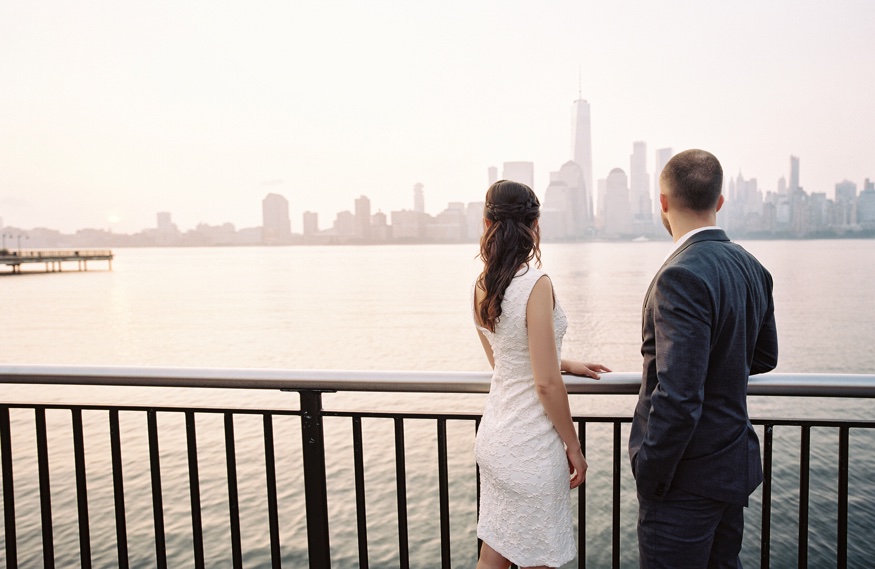 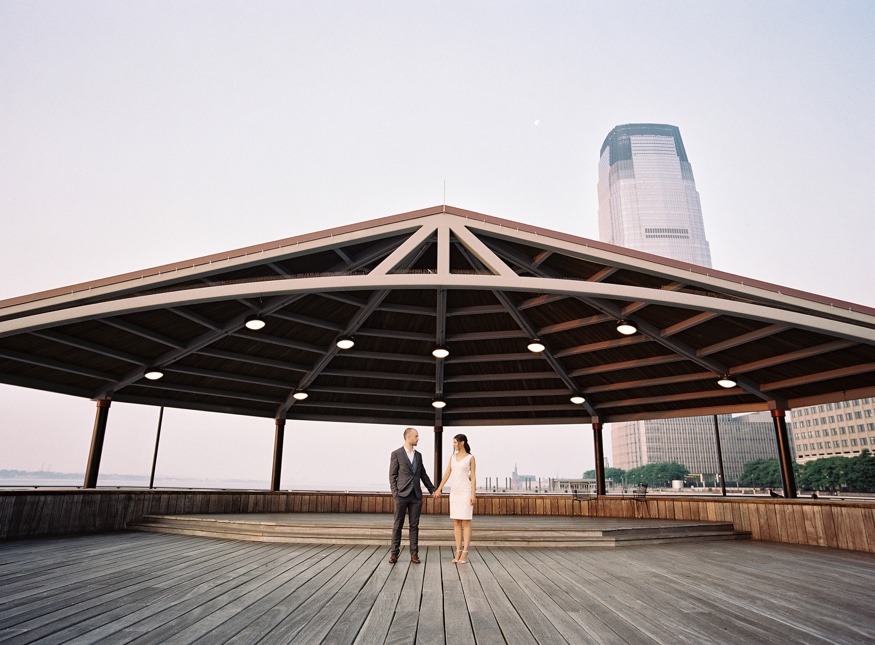 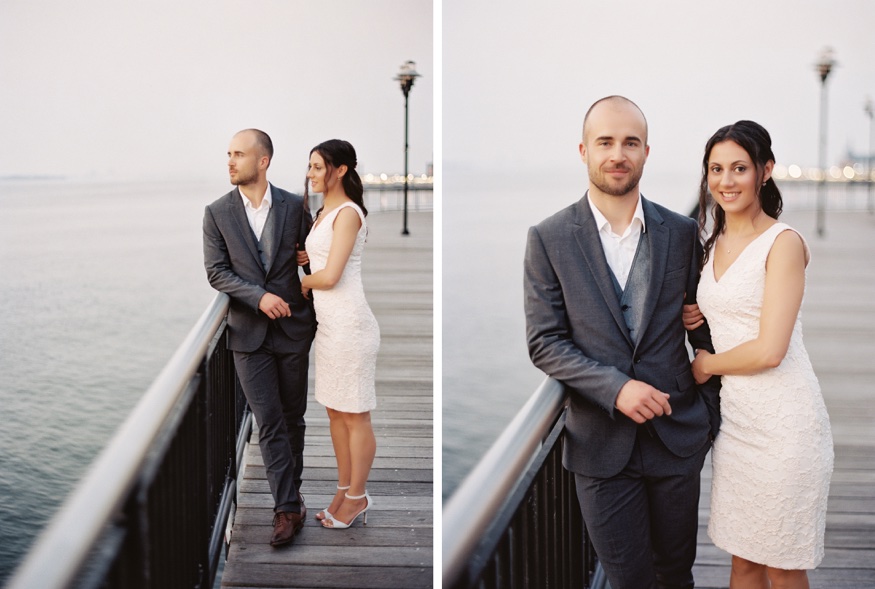 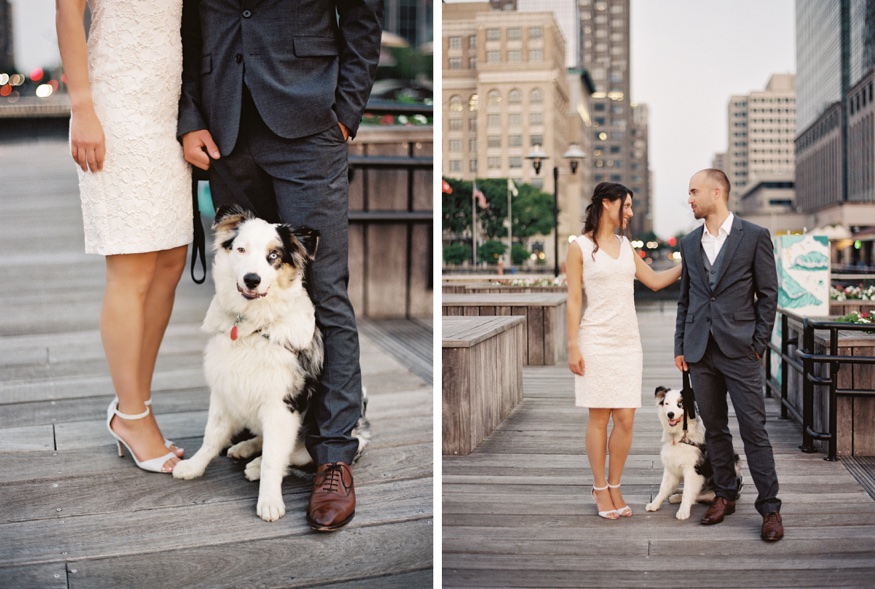 Have you seen Watson, the dog with two different color eyes?

They brought there fantastic pooch, Watson. Watson has one blue eye and one brown eye. The eye color oddly mimics the couple as Thomas has blue eyes and Elina has brown eyes. I love when couples bring their pets. I do everything in my power to plan sessions so we can include them 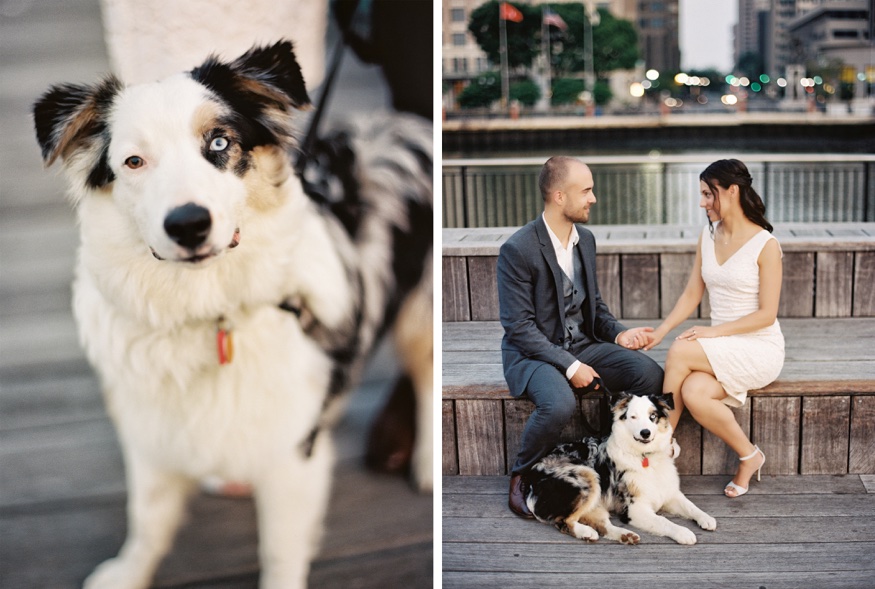 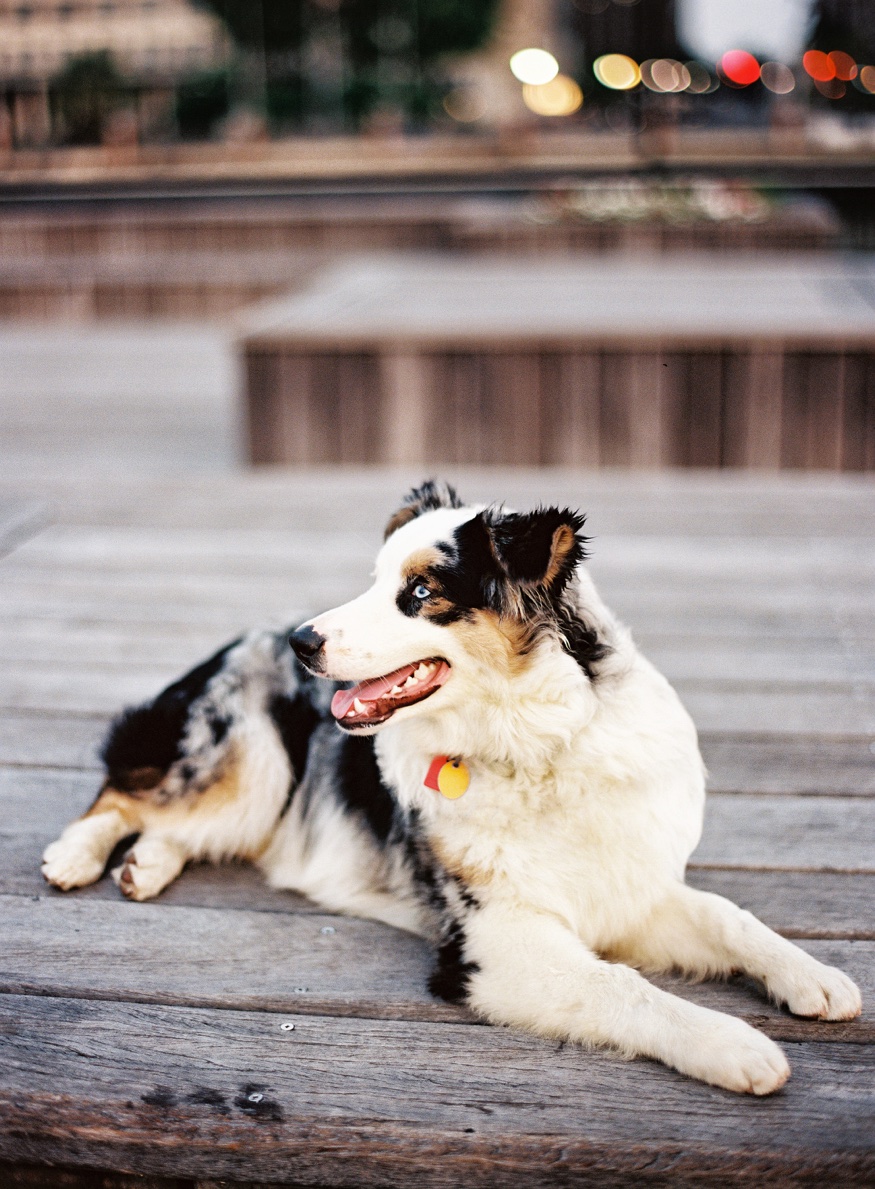 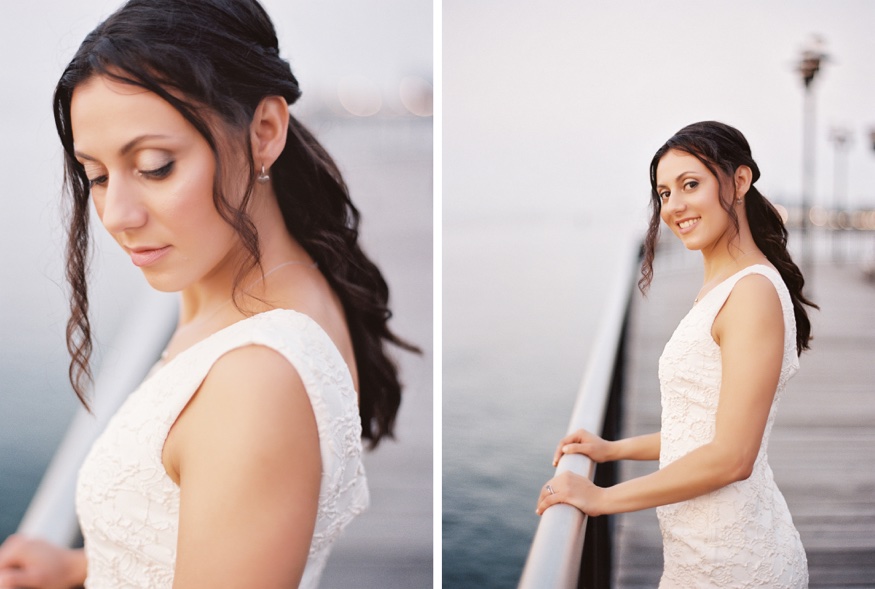 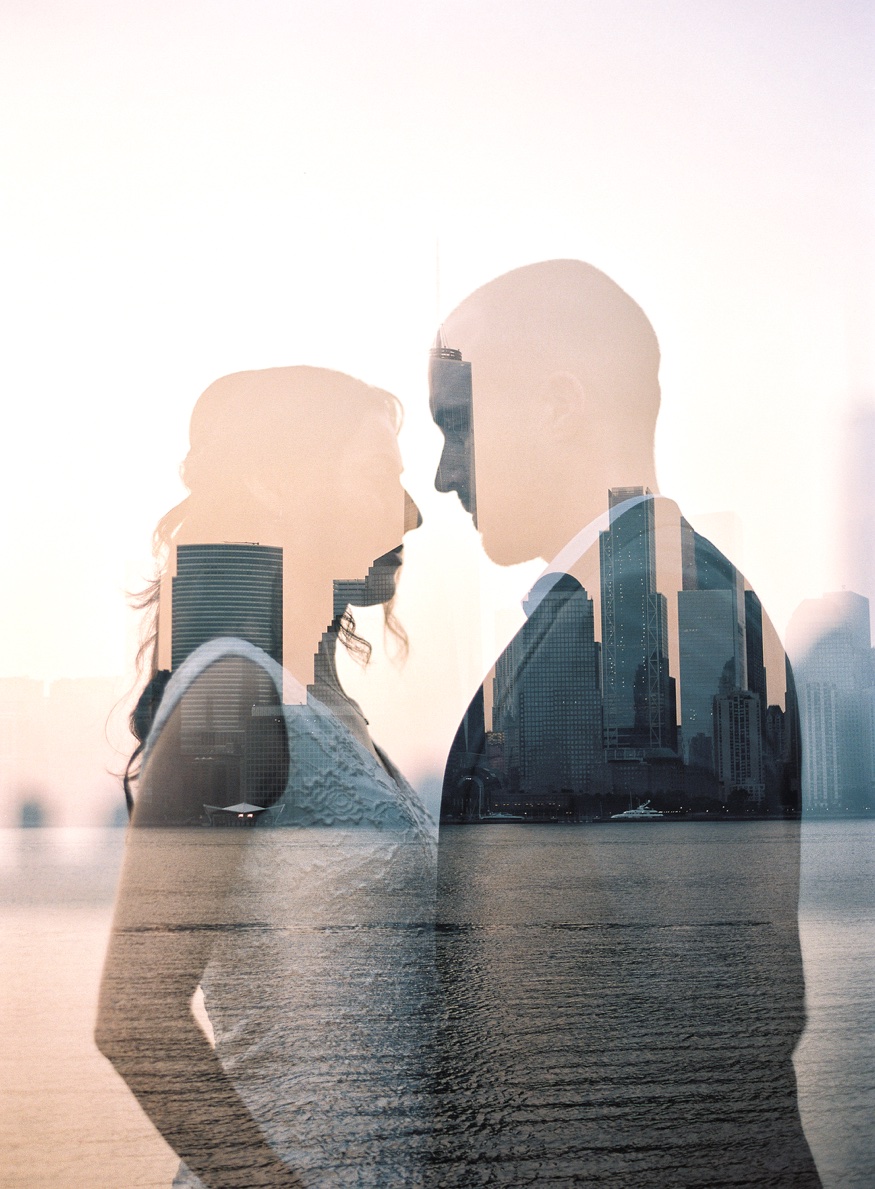 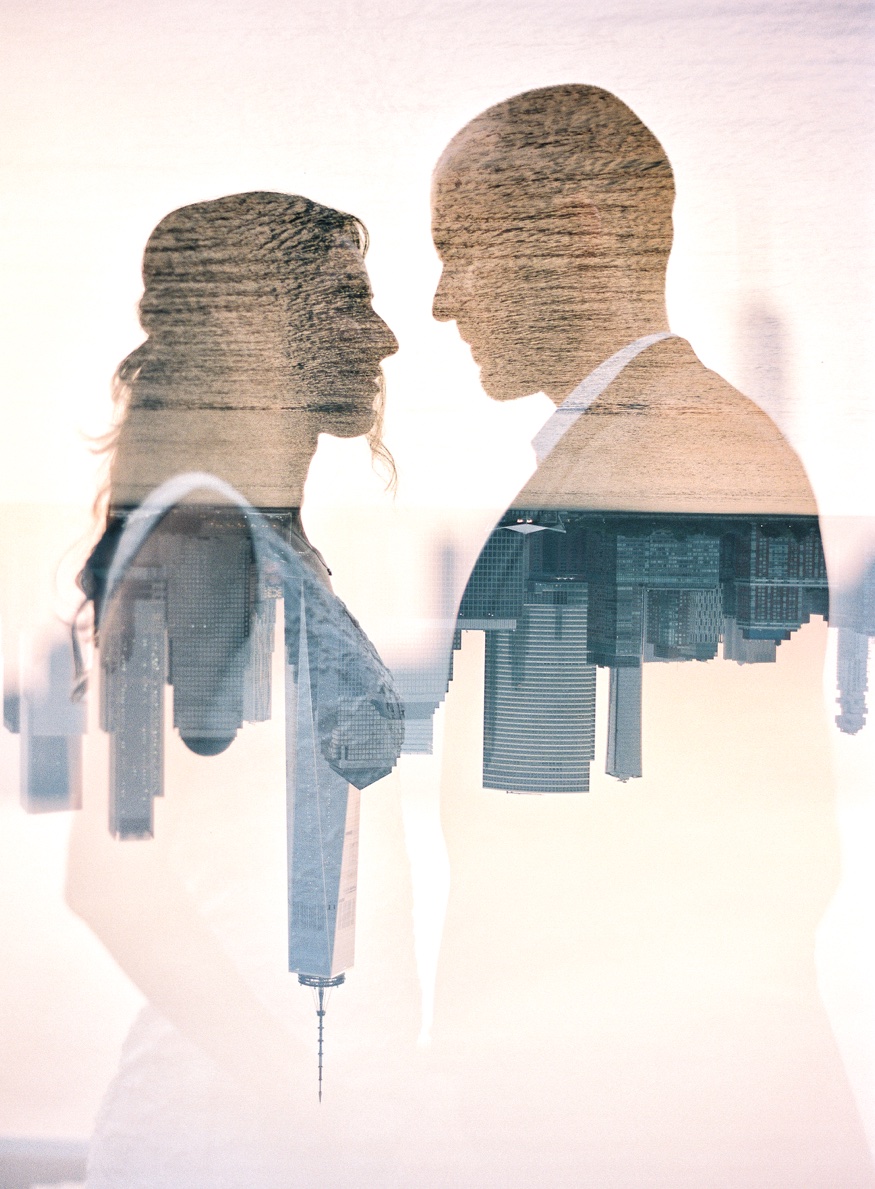 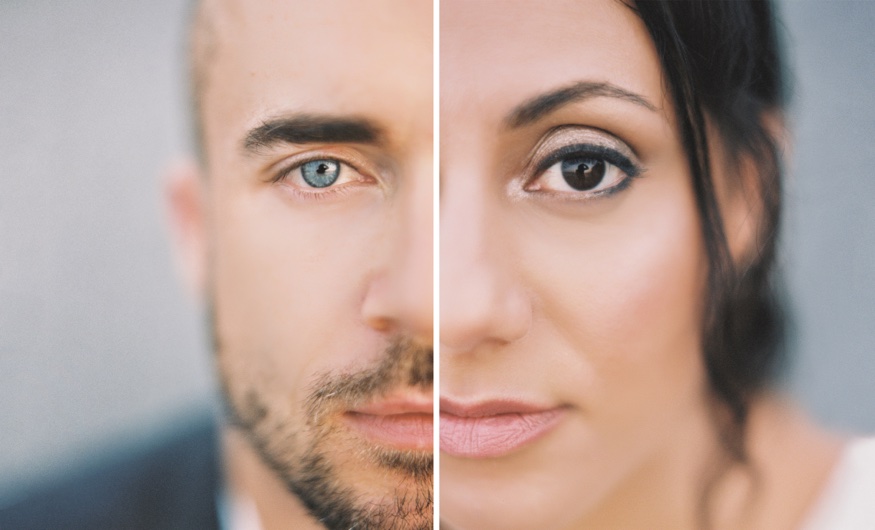 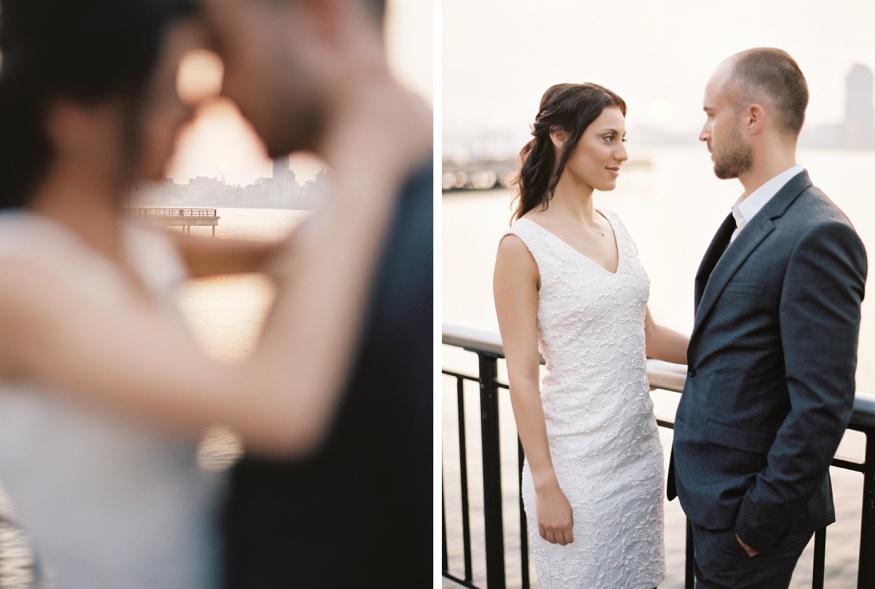 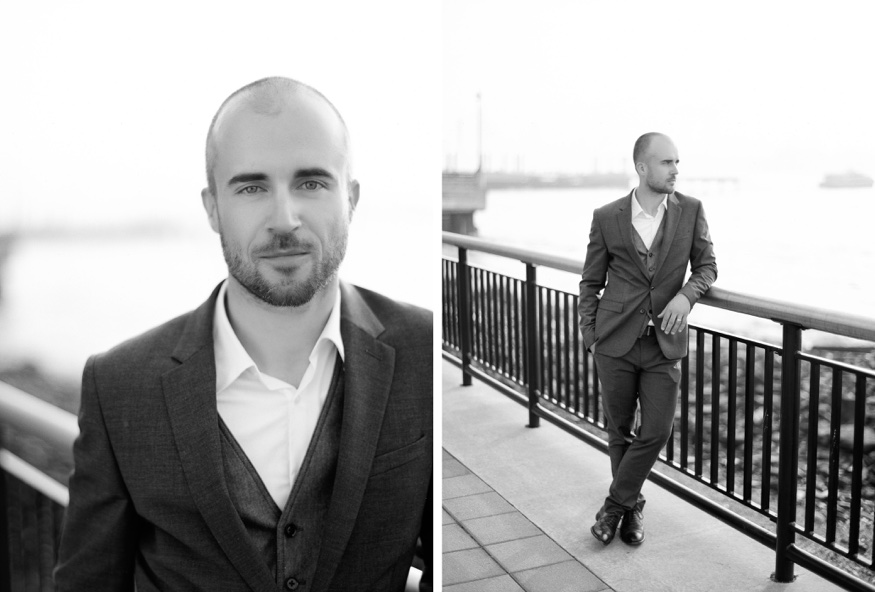 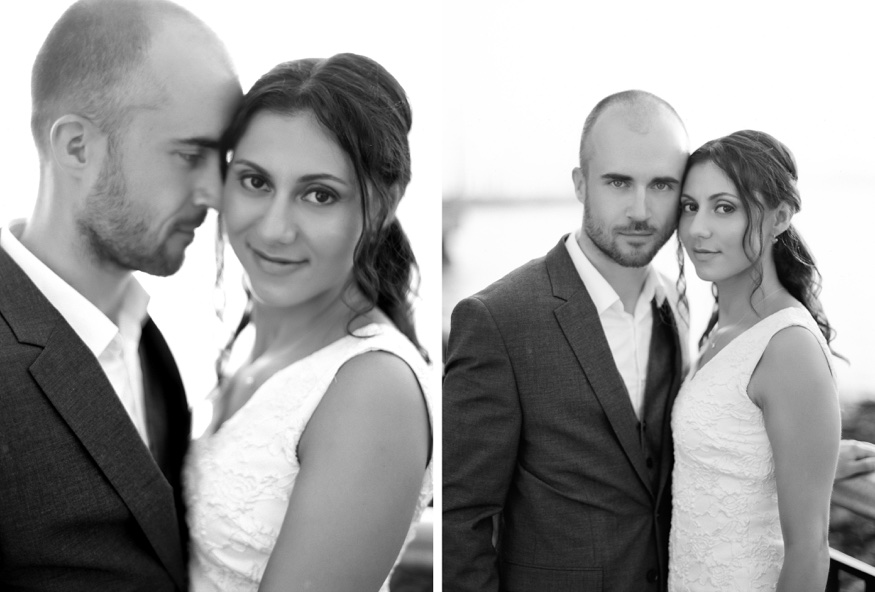 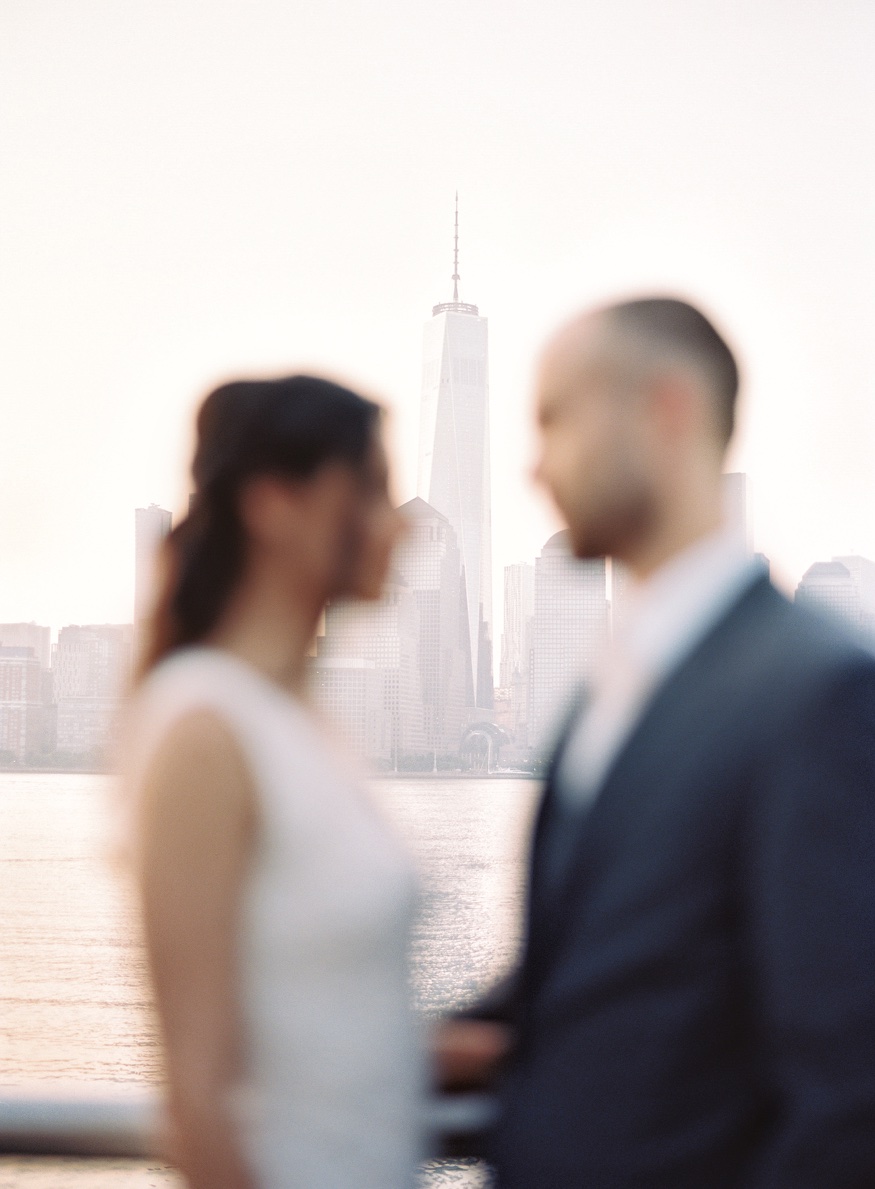 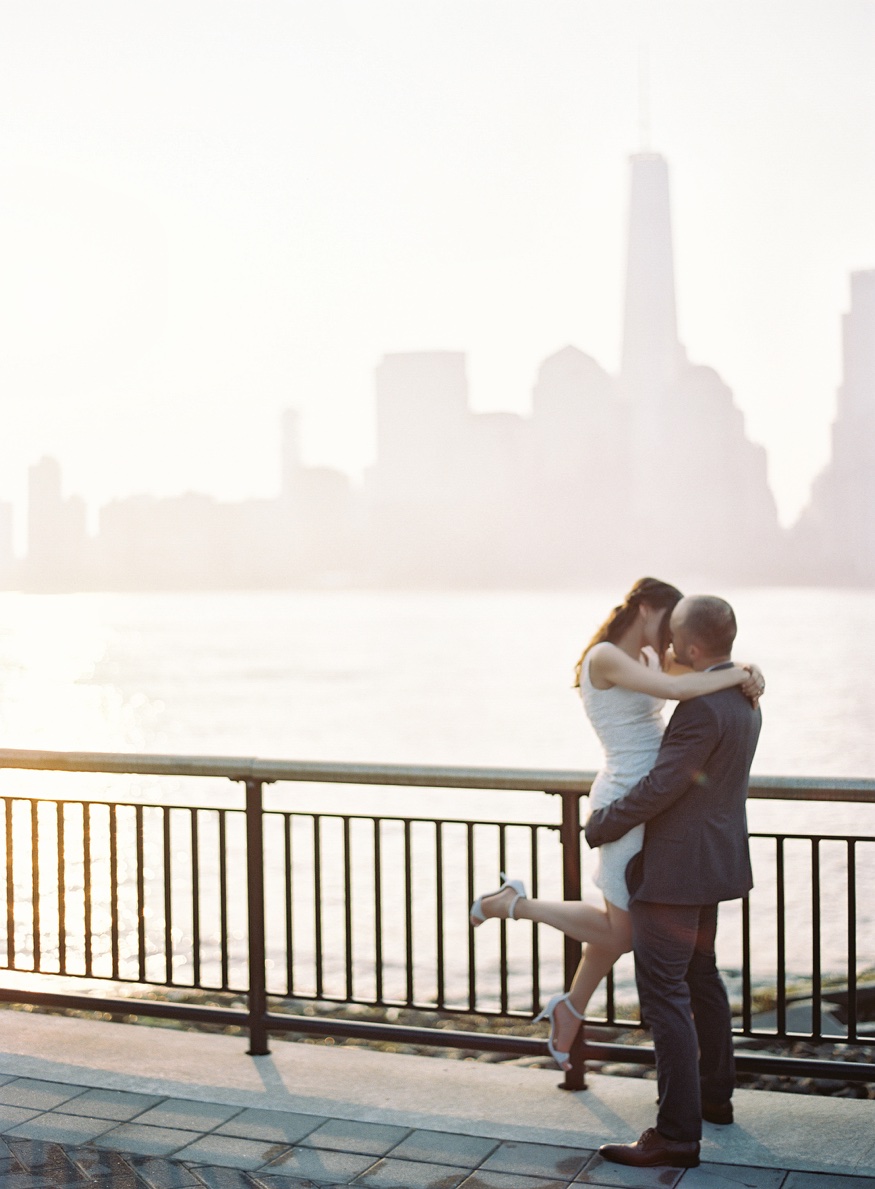 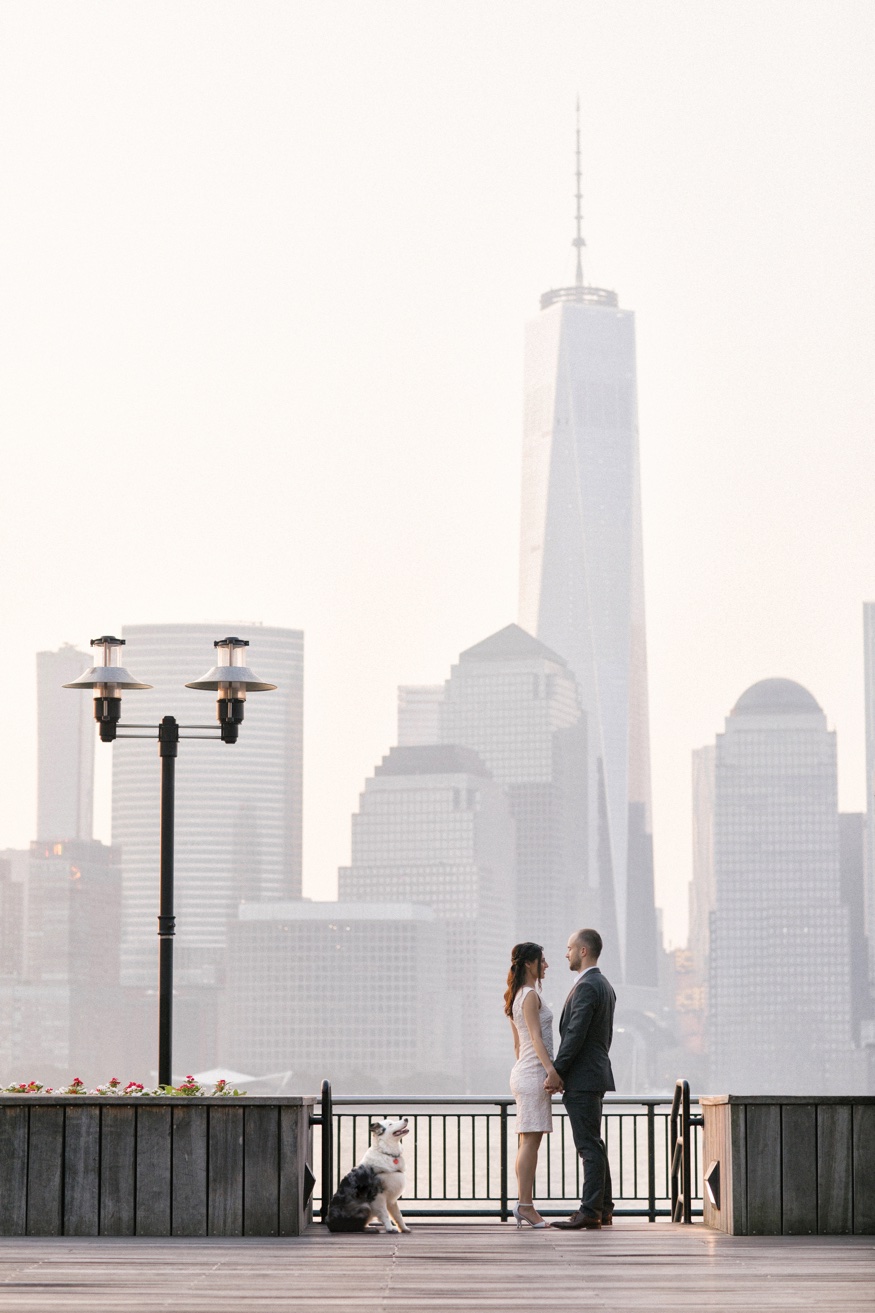 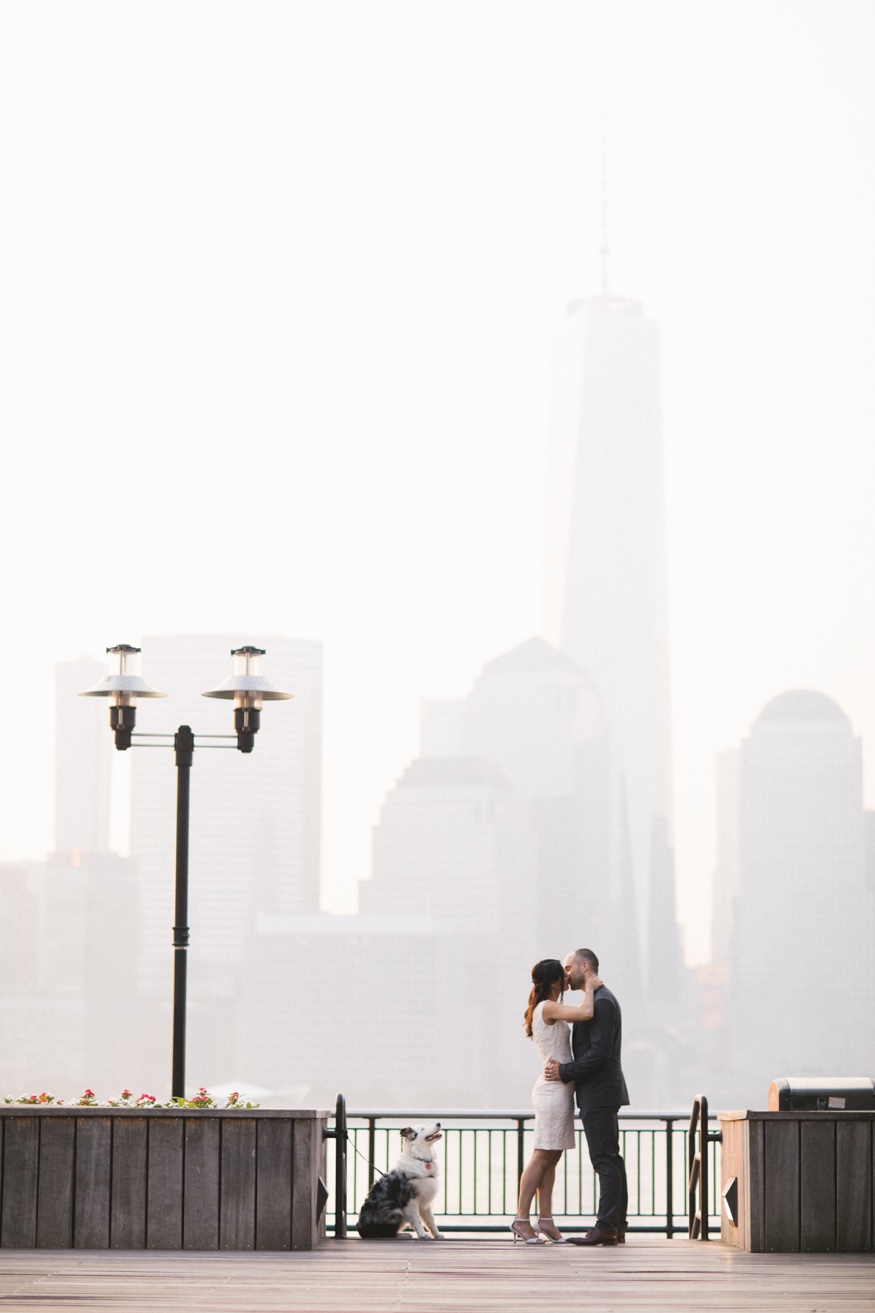 What did I learn from doing a sunrise photo shoot?

These are things I learned from doing my first New York City sunrise engagement session:

Elina & Thomas got a beautiful album and wall art piece. I also was able to spend the entire day with them at Elina’s sister Simona’s wedding at the New York Country Club! That venue is also where a wild coyote almost ate my 2nd photographer and I. You can see that story in my previous journal post here!